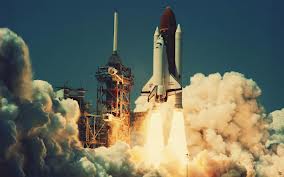 SJLC:  “Copy that.  For our public audience, can you describe the deployment payload that will be presented on the WFD#7 flight this coming August?”

With this flight payload, we may be witnessing preparations for the very best WFD mission that has ever taken flight from the San Jose Launch Center.  Guidance officer Foskett and flight readiness crew Hollingsworth/Chaplais have already done some incredible advance flight preparations.   We hope the entire public and WLAN professionals everywhere will make it a point to follow all the flight events at WFD#7.”

SJLC:  “Rog.  What other information can you provide our public about WFD?”

WFD7_DT:  “Copy. WFD flights began in 2011 and these missions focus on wireless and mobility technologies, including Wi-Fi and mobile device management (MDM). Wireless Field Day brings together the best independent thought leaders in wireless to discuss pressing issues and technology advancements with key presenters in the WLAN arena.”

SJLC:  “Copy that, WFD.  Now we understand there are nine flight veterans on WFD#7.  Can you list them for us and pertinent information?”

WFD7_DT:  “That’s affirm, San Jose.  The following are all WFD flight veterans and have hundreds of hours of site survey flight experience, millions of sniffed packets and countless hours of end user support, consultation, and troubleshooting combined.  They are, in alphabetical order:

This flight crew comprises a literal “Who’s Who” of WLAN veterans in the world today.  Their knowledge, questions, presenter payload interaction and blog reviews will provide an incredible amount of timely and cutting edge technological information that every WLAN flight professional will not want to miss.  We’re proud these flight veterans can be part of WFD#7!”

SJLC:  “Roger, WFD.  Additionally, there are three rookies on this WFD flight.  Can you list their names and describe these rookies for us?”

WFD7_DT:  “Rog, copy that, San Jose.  Although these three are on their first WFD flight, they carry some impressive WLAN credentials and flight experience. These rookies, having been fully approved by the mission readiness team, are the following:

Craig Schnaars (@The_WiFi_Guy   http://thewifiguy.net )  From Michigan, this senior WLAN engineer specializes in outdoor mesh networks at a large ground mobility firm.
Stewart Goumans (@WirelessStew  http://www.WirelessStew.com)    This rookie is a WLAN consultant and hails from Vancouver, B.C.  He adds diversity to the WFD flight team as he speaks both English and Canadian.
Glenn Cate (@GRCate  https://gcatewifi.wordpress.com)   Making his first flight, this Floridian rookie brings some baggage.  He works for a large firm, yet volunteers for SOHO Wi-Fi work in his community — it’s the classic “Big/Little Wi-Fi Dichotomy Syndrome”.  We also understand that his WLAN passion caused him to attempt a theft of the “I ♥ Wi-Fi“ slogan from veteran flight officer Huber, which is a violation of WFD flight rules.  Lastly, he carries a permit for a concealed Wi-Fi osmosis device, which he plans to use at WFD#7.”

SLJC: “Copy that, thanks for the warning…err, information on the rookies for this flight. We’ll take all these biographical comments into consideration.  We understand the public can also observe all the WFD flight deck activities live via video feed?”

WFD7_DT “Rog again, San Jose.  The WFD#7 live streaming video link can be found at http://www.techfieldday.com   Public viewers can interact with the live sessions via Twitter with the hash tag #WFD7.”

SJLC: “WFD, any final comments before we sign off?”

WFD7_DT:  “That’s affirm, San Jose.  Telemetry reports indicate there are many potential candidates that can become WFD delegates.  The process is pretty simple:  be actively involved in Wi-Fi, engage in social media with other WLAN professionals, independently blog about what you are doing in Wi-Fi and research other wireless technologies.  Then, do what many of these flight veterans have done:  apply to be a delegate for an upcoming WFD flight.”   http://techfieldday.com/delegates/become-field-day-delegate

SJLC: “Copy WFD — thanks much for those challenging words and hope to see many more potential delegates become flight members on a future WFD.   We continue with GO for launch of WFD#7 on 6 August 2014 at 1700 UTC/1000 AM PDT/0100 PM EDT.  At T-Minus 30 days and counting,  this is San Jose Launch Control.”  (light radio static….)

Anyone wanting to see a very cool (and a very real…) recording of all the audio and video of the first lunar landing of Apollo 11, check out this link: http://www.firstmenonthemoon.com/

I love space flight!  (I may have missed my calling in life, unless they have Wi-Fi on the moon…).  My grandma and I witnessed the Apollo 13 launch from Cape Canaveral (no, I did NOT jinx the flight!)  And the Apollo 11 lunar landing and first steps on the moon mean a lot to me.  I watched it all live (while my family was sleeping!).  And a here’s a nostalgic moment — my desktop today sits in the exact location where I saw these events on our black and white television, 45 years ago this July 20th.