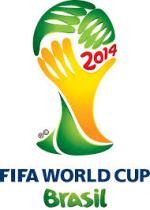 Gooooool!  The eyes of the world are on the FIFA World Cup — you can find soccer balls and Wi-Fi everywhere in Brazil!  Check out how Wi-Fi is helping the fan’s user experience plus other wireless news in the WLAN Wrapup – June 2014.   OK now, shout it with me, in your best Portuguese voice:

Wi-Fi at FIFA:   Oi, Brazil’s largest telecom company, has upgraded its hotspots from 78,000 to a 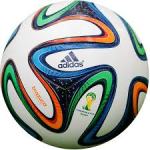 massive 700,000 in April!  The first ten days of the event saw data volume at 32 terabytes, already more than the entire 2010 World Cup (this metric is for both cell and Wi-Fi data).  As for stadium coverage, only 6 of the 12 Brazilian stadiums have Wi-Fi connectivity, however all twelve stadiums have internet access (Ruckus is the AP provider of the stadiums in Brasilia and Salvador).  Rio’s Estádio do Maracanã is one of the Wi-Fi-equipped stadiums and can provide 48,000 simultaneous Wi-Fi connections. (I wonder if FIFA contacted Extreme Networks for advice, since they are world leaders in stadium Wi-Fi planning?) http://www.latinpost.com/articles/14571/20140611/fifa-2014-world-cup-are-brazil-telecoms-wireless-wifi-systems-ready-for-social-media-overload.htm 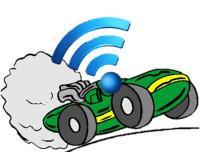 The Need for Speed or What do you know about 802.11ax?  China-based telecommunications equipment company Huawei has planted another flag in 802.11ax standardization, claiming a demonstration of 10.53 Gbps Wi-Fi throughput in the 5 GHz band.  The lab trial took place on the company’s Shenzhen research campus. The 802.11ax standard is at the very beginning of the long march towards the market. The IEEE board approved the standard effort in March after a year of groundwork.  Huawei says the key technologies that give it a ten-fold speed boost over 802.11ac’s current gigabit capability are MIMO-OFDA, intelligent spectrum allocation, interference coordination, and hybrid access.  Huawei believes that ultrafast Wi-Fi could become commercially available from 2018 pending the agreement of global standards requirements and sufficient chipset availability. http://www.theregister.co.uk/2014/05/30/huawei_claims_successful_10g_wifi_test/   See also: http://www.pocket-lint.com/news/129128-huawei-tests-ultrafast-10gbps-wi-fi-with-plans-for-2018-commercial-launch

pertaining to wireless medical device design, development, testing and use. Selection and performance of wireless technology and wireless coexistence are some of the recommendations listed here:  http://www.ept.ca/news/medical-device-design-for-iot-meeting-fda-guidelines/1003111526/?&er=NA

IoT News Story #2: Thermostat Wars!  Honeywell’s Lyric IoT thermostat is giving some competition to Nest.  Lyric has a proximity sensor that will light up when you approach, allow you to adjust your A/C on the go, and can be programmed to automatically boost or drop the temperature based on your GPS location. It can also alert you when you need to change the filter or have your home unit serviced.  http://www.engadget.com/2014/06/10/honeywell-lyric-thermostat/

Not on MY pipes you don’t!  Comcast has turned on public Wi-Fi on users’ home routers in several communities in the US, the latest being Houston.  http://techcrunch.com/2014/06/11/comcast-is-turning-the-us-into-its-own-private-hotspot/?utm_campaign=fb&ncid=fb  Supposedly, you can turn it off.  Now, if you ask me, I DO NOT want to “share” my home internet connection with someone I don’t know!  Of course, Comcast will tell you it is safe and secure.  Oh sure–how do I know the firewall is configured properly and how much of my bandwidth is being used?  And is it my neighbor connecting to my router or is it a hacker a block away?  All I can say is, NOMNYD (similar to NIMBY, but stands for Not On My Network You Don’t!!!  (Yes, this acronym will be submitted for approval for the next edition of the CWNP dictionary!) 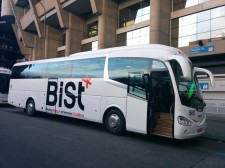 WLAN shipments to represent 18% of networks by 2018.  Worldwide router, switch and wireless LAN shipments are expected to reach USD 33.7 billion in 2018 from 29.9 billion in 2013, with wireless LANs representing 18 percent of enterprise networking value by 2018, from 14 percent last year  According to the study by Canalys, the data clearly shows the ongoing shift in budgets from wired to wireless, with one factor being the transition to 11ac during the first quarter, followed the start of customer adoption in the third quarter of last year. http://www.telecompaper.com/news/wireless-lan-shipments-to-hit-18-of-networking-in-2018–1022116?utm_content=6340048&utm_medium=social&utm_source=twitte

Wireless Field Day #7 is ready to roll!   The seven sponsors/presenters have been selected, the twelve delegates have been chosen and all that needs to happen now is wait until August 6-8!   WFD#7 promises to be another exciting week covering key WLAN topics and technology by industry leading vendors. (and did I mention it is live-streamed?).  Be sure your WLAN calendar is marked for these dates and check it all out at:  http://techfieldday.com/event/wfd7/

WWDC and Apple news:  One

big news item is that iOS 8 will not advertise its iPhone hardware address but will create a random MAC.  In this way, it looks like Apple is trying to prevent retail store tracking of Apple devices.  Of course, I also think they are pushing their use of iBeacons, which may be a good alternative.  So, when is Android going to come up with the same random MAC generator? http://www.macrumors.com/roundup/wwdc/

And from the “Updating the ol’ WLAN Dictionary Department”, here are some new and highly important technology terms.  Be sure you add them to your WLAN terminology and presentations (they sure are making the rounds among my WLAN colleagues…) 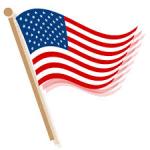